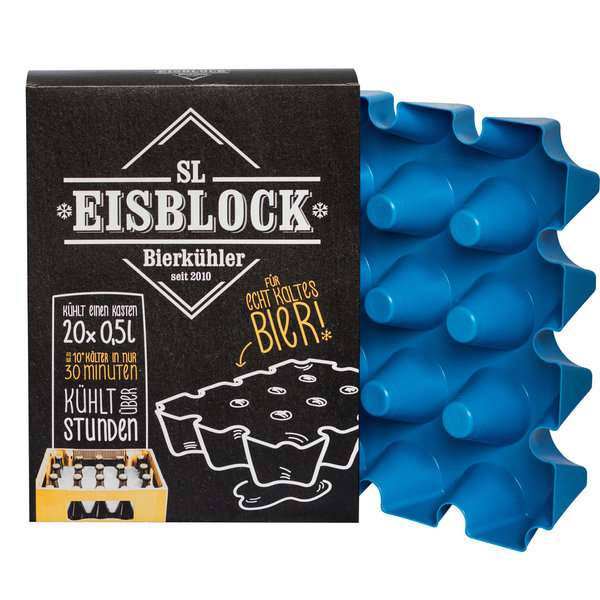 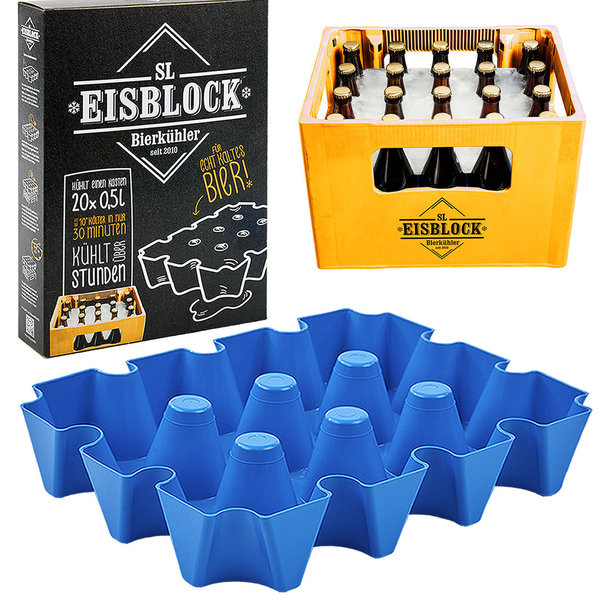 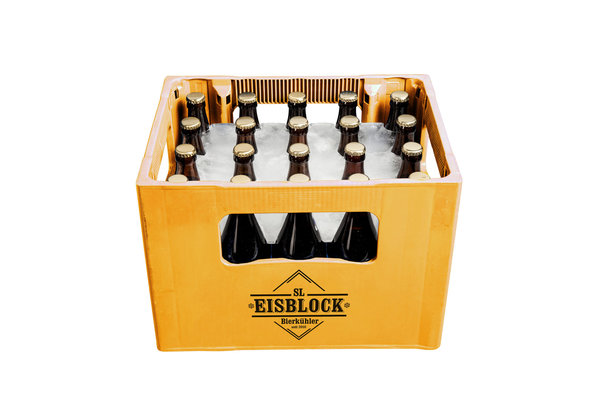 incl. VAT, plus delivery
Not in stock
Delivery time: 3 day(s)

The SL EISBLOCK 0.5l is suitable for cooling a beverage crate with 20 bottles of 0.5l each.

With its dimensions of 33cm x 25cm x 6cm, the ice block shape requires only minimal space in the freezer compartment. It even fits in fridge freezers. When the block ist frozen through, remove it from the mold and place it on the box. Due to the direct contact of the ice block with the bottle without an insulating layer of air in between, the cold energy collected in the freezer for five hours ist released to the bottle neck in very short time.

If the ice block slowly melts on the contact surface, the ice block slips due to the conical bottle neck shape and always remains directly adjacent without a disturbing layer of air. The meld water runs down the bottle and thereby increases the cooling effect again.

When the cold liquid is produced in the bottleneck (mostly beer, but also goes with other drinks) the density increases and thus decreases. The liquid thus circulates in the bottle and becomes evenly cold.

If after 30 to 60 minutes the ice blocks, it´s on the compartment of the box (cooling success by then 10° to 15°) an air gap with cold air forms between the neck of the bottle and the ice. This cold air keeps the bottle cold for a longtime and prevents reheating. It also slows down further wear of the ice block.